Home News and insights What the Autumn Statement means for pensions: three changes you need to know

What the Autumn Statement means for pensions: three changes you need to know 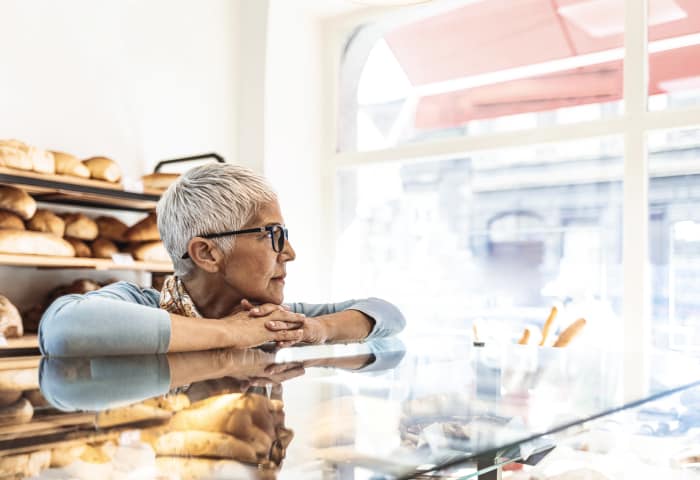 ‘The losers far outweigh the winners as the Chancellor looks to re-establish economic stability.’

That’s our head of campaigns and financial adviser Samantha Gould’s take on Chancellor Jeremy Hunt’s Autumn Statement. But are pension savers and retirees among the winners?

Let’s look at how the Statement affects pensions against the backdrop of the cost-of-living crisis and hear what our Chair of Trustees has to say.

This means the State Pension will rise by 10.1% for 2023/24, benefiting nearly 12 million pensioners across Great Britain. So what does this mean in reality?

Pension credits – a benefit for people who don’t have enough National Insurance contributions to claim the State Pension (1.4 million pension households) – will also rise in line with inflation. This is worth up to £1,470 for a couple and £960 for a single pensioner.

Learn more about the State Pension

A £300 payment to pensioner households

Depending on an individual’s circumstances, these payments include:

So more than eight million pensioner households will get an additional £300 to help with rising costs next year. But unlike the 2022/23 cost-of-living payments, there’s no extra support this time for those not receiving a benefit or State Pension.

Hunt announced the review of the State Pension age will finish in 2023.

State Pension age today is set at age 66 for both women and men. The government is reviewing plans to increase this to 67 for those born after 5 April 1960.

‘This will bring much-needed respite to retirees who rely heavily on income from the State Pension to get by. Without today’s action, there was a possibility pensions would have just risen in line with average earnings, which rose by only 5.7% in the year to September, excluding bonuses. This would have left pensioners at a significant financial disadvantage, with inflation now sitting at 11.1%.

‘For pensioners and anyone approaching retirement, this news is a welcome relief at a time when the value of retirement pots has been particularly volatile as a result of wider market uncertainty. The government’s decision to take this necessary step is fundamental to protecting the wellbeing of this group in the years to come.

‘The Chancellor’s announcement of targeted support in the form of a £300 additional payment to pensioner households and confirmation that Pension Credit payments will also rise in line with inflation, goes some way to help the most vulnerable as we head into a difficult winter for pensioners across the country.’

How do pension changes stack up against the rest of the Autumn Statement?

The Chancellor announced the UK is officially in recession and with government spending under pressure, outlined £55 billion in tax rises and spending cuts. Benefits will rise, as well as the National Minimum Wage – but so will the energy price cap.

Weighing up the Autumn Statement, Samantha Gould says: ‘While on the surface, workers may not be paying more tax, freezing thresholds while wages rise to counter inflation will drag more and more people into higher tax bands. In an already challenging environment with cost-of-living pressures on everyone’s minds, any additional tax being paid will put workers’ budgets under added strain.

‘Wherever they can, it’s important people are actively claiming state benefits and other support that is available to them. Particularly for lower earners who historically feel the most acute pressure from high inflation, ensuring they are maximising their tax-free threshold will go some way to help navigate the pressures on household incomes.’

Find out if you’re entitled to claim state benefits

See reactions to the Autumn Statement from our parent company Cardano