Home News and insights Why are the UK’s self-employed short-changed when it comes to pension saving?

Why are the UK’s self-employed short-changed when it comes to pension saving? 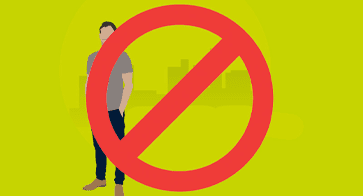 Five million people in the United Kingdom are self-employed, contributing an estimated £305bn to the UK economy – and this number is growing.

However, while the number of self-employed individuals continues to grow, the proportion of those who are saving into a pension has halved.

This situation has been made worse by the Covid-19 pandemic and the continuing economic uncertainty associated with it. While many of the UK’s self-employed have received government grants during the pandemic, almost 3m people have been excluded from financial support and are still waiting to be eligible to claim.

Pension savings are 56% of the UK average

Our latest research with the Pensions Policy Institute (PPI) into under-pensioned groups reveals that people who are self-employed already face huge barriers to saving. This results in a private pension pot (for those individuals who have one) which is just 56% of the UK average – £121,200 compared with £217,490 by the time they reach retirement.

Most self-employed workers are men (65% compared to 35% of women) – and this imbalance increases as the time spent in self-employment grows. The report highlights the fact that after being self-employed for over 20 years, people start to see their pension savings really suffer, resulting in retirement incomes dropping to 54% of the baseline population.

Additionally, the average full-time earnings for the self-employed are £19,560 per year, almost one third (29%) less than the baseline population’s earnings of around £27,400. This, combined with the poor participation rates, reduces future retirement incomes.

Ultimately, lower than average incomes, together with fluctuating and unpredictable finances, make it difficult for these groups to save consistently into a pension.

The issue is worsened because the self-employed miss out on the benefits of auto enrolment into a workplace pension – and an employer’s contributions.  Unfortunately, changes to the auto enrolment framework won’t be enough to help them.

Andy Chamberlain, Director of Policy at the Association of Independent Professionals and the Self-Employed (IPSE), says: “The self-employed need flexible pension plans that allow them to draw down on their savings when they need them. For both the self-employed and workers holding multiple part-time jobs – and anyone else whose style of work isn’t suited to rigid pension plans – it’s important that more flexible, accessible savings options are made available.”

There are several barriers to pension take-up among the self-employed. These include attitudinal barriers such as believing that pensions are risky or poor value for money. The short-term and changeable nature of self-employment means it’s a challenge for some individuals to see the benefits of long-term saving.

Inertia also plays a role in kick-starting a pension, which is why we want to help highlight the benefits of pension saving as well as urge the government to make significant policy changes to improve the later life outcomes for self-employed workers.

This is more important than ever with the current financial uncertainty and a growing number of people whose working life doesn’t fit conventional pension plans.

We’re calling on the government to implement these crucial changes to workplace pensions.

Find out more about our five-point policy proposal which will help bring 2.5m more people – including the self-employed – into pension savings. #Fairpensionsforall