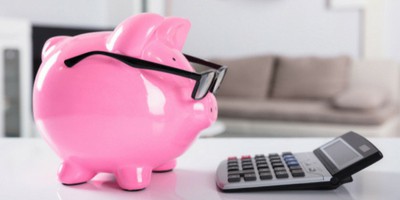 The news reported in The Times that ministers are thinking of scrapping the pensions dashboard was met with collective horror by the pensions industry, consumer groups and savers.

A petition urging the government to stick to its promise of launching the dashboard gathered tens of thousands of signatures in a matter of days. Even venerable bodies like the Institute of Actuaries have declared their support.

The huge support for the dashboard is quite astonishing. In all honesty, it’s rare for government initiatives to be so roundly supported by industry but the feeling is that against the backdrop of auto enrolment, the time is right for the dashboard.

We hope the DWP doesn’t give up on its involvement with the dashboard but if they are in two minds, here’s five (hopefully good) reasons, why they should stay the course.

1) We need State Pension data
For most people, the State Pension will still make up the majority of their retirement savings. A pensions dashboard just by commercial providers wouldn’t necessarily have the State Pension included and that would be pointless. A large number of people also have public sector pensions and government would need to be involved in order to ensure that this data was available for the dashboard.

2) We need the dashboard to be compulsory
Government will need to legislate to make it compulsory for pension providers to share data with the dashboard. Without this, providers may feel that the easiest way to comply with data protection rules is to opt out. Having an incomplete picture would undermine the success of the dashboard – it would be like reading a book with every other page missing.

3) We need to deal with the problem of small pots
One of the side effects of auto enrolment is going to be a huge increase in small and abandoned pension pots. The dashboard would help people keep track of their savings and, over time, functionality could be added to help people consolidate their small pots with a simple drag and drop on a dashboard screen.

5) We need to give people a clearer picture of how much they can expect in retirement
There’s a danger that auto enrolled savers will assume that their retirement is secure. For most people, auto enrolment minimum contributions won’t be sufficient for a comfortable retirement but with savings spread across multiple providers, getting a clear picture of where you are heading in retirement isn’t straightforward. The dashboard could help improve visibility for savers and could work well with Retirement Income Targets as recommended by the PLSA.

Done right, the pensions dashboard has huge potential. Let’s hope all the hard work to get it to this point isn’t wasted.