Home Press NOW: Pensions announces the appointment of Paul Smee to its board of directors

NOW: Pensions announces the appointment of Paul Smee to its board of directors 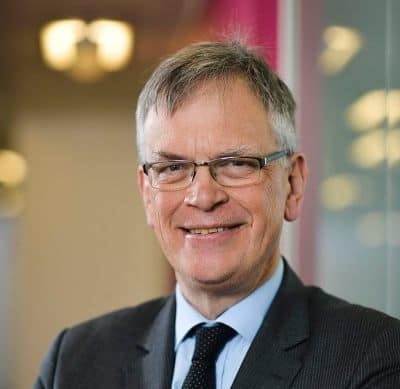 11 August 2022, London: Workplace pension provider NOW: Pensions, which provides pensions for 2 million people, today announces the appointment of Paul Smee to its board of directors.

Paul will bring a wealth of knowledge from the financial services industry to the board. He is currently a board member of the Regulator of Social Housing and member of the Gibraltar Financial Services Commission. Paul was also Director General of the Council of Mortgage Lender from 2011 to 2017, which later merged into UK Finance. He ran the Association for Payment Clearing Services (APACS) and set up the UK Payments Council from 2005-2011. Paul was the first Director General of the Association of Independent Financial Advisors from 1999-2004.

Paul replaces Laurie Edmans on the NOW: Pensions Limited board. Laurie made a significant contribution to NOW: Pensions’ development. He was instrumental in NOW: Pensions’ Fair Pensions for All campaign work, in particular for the disability group.

Michaël De Lathauwer, Non-Executive Chairman commented: “NOW: Pensions has a crucial role to play in helping to guarantee that the next decade of auto enrolment continues to be a success. I am delighted to welcome Paul to our board to support us with our priorities. I’d also like to say a big thank you to Laurie for all his support to get NOW: Pensions to where we are today.”

Paul Smee, Non-Executive Director said: “I’m very much looking forward to my new role on the NOW: Pensions Limited board and working with the team to continue to support our members and employers. I am impressed by what I have seen so far seen of the company and its contribution to the UK Pensions landscape.”