Home Press 300,000 more women have missed out on a workplace pension in the past year due to Covid-19 pandemic

300,000 more women have missed out on a workplace pension in the past year due to Covid-19 pandemic 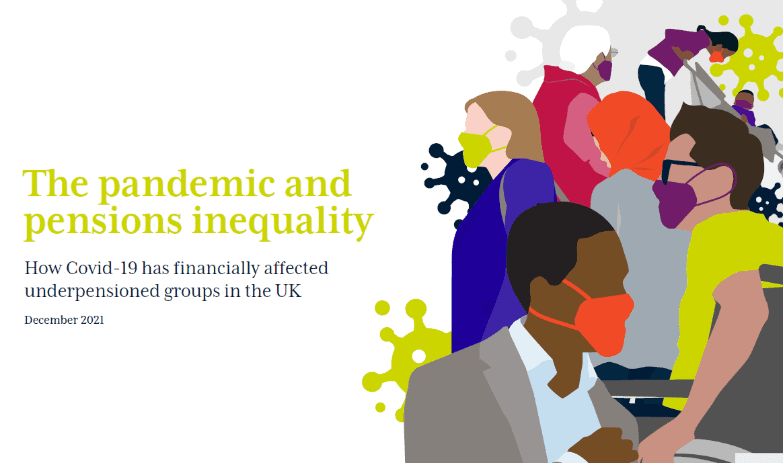 The impact of repeated lockdowns, home schooling and increased domestic responsibilities on women’s ability to work and save has forced 300,000 women out of workplace pension saving in the last year, new research reveals.

NOW: Pensions, the workplace pension provider for almost 2 million people, today publishes a new report identifying the financial effects of the Covid-19 pandemic. The new report “Pandemics and Pension Inequality”, created in collaboration with the Pension Policy Institute (PPI), reveals that women were one of the hardest-hit groups during the pandemic, and are 50% more likely than men to reach retirement with no private pension savings at all as a result.

Repeated lockdowns, home schooling and greater domestic responsibilities have had an enormous impact on women’s ability to work, earn and save. The gender pay gap increased in the year to April 2021, according to the Office for National Statistics (ONS). This is partly because of the disproportionately high number of furloughed women.

From carers and single parents to part-time workers, the pension savings gaps for some of the most financially at-risk groups have worsened during the pandemic.

Underpensioned groups, ineligible for AE during 2020:

The pandemic has impacted the financial situation of underpensioned groups in the short-term, in a number of ways, including:

The report found several common factors within these groups which are presenting barriers to saving. People in under-pensioned groups were more likely than average to experience labour market inequalities and be affected by furlough and redundancies. This is because they are more likely to work in the industries that have been most impacted by the public health restrictions such as retail, hospitality and tourism, or are in low-paid, part-time or irregular employment.

Unemployment reached a peak of 5.2% in Q4 2020, from a low of 3.8% in Q4 2019. Time spent out of the labour market disrupts the consistency of pension contributions and is therefore likely to lead to poorer retirement outcomes for those in underpensioned groups.

Women and people from BAME backgrounds are likely to have lower levels of financial resilience compared to other groups, and this manifested in greater difficulty keeping up with bills and increasing debt levels during the pandemic.

Despite the economic recovery experienced in the UK during 2021, it is very likely that under-pensioned groups will continue to be affected by the long-term effects of the pandemic.

If both policies were introduced, we would generate an additional £1.2 billion in annual pension contributions.

Lauren Wilkinson, Senior Policy Researcher at the Pensions Policy Institute: ‘The pandemic has provided a unique opportunity to observe how economic crises affect members of underpensioned groups. Developing a deeper understanding of the way in which changes in the labour market can impact future retirement outcomes of underpensioned groups can help to ensure that policies are designed to support them more effectively during the recovery from the pandemic-related economic crisis, as well as future crises and changes in the labour market, in order to achieve better retirement outcomes over the longer-term.’

Samantha Gould, Head of Campaigns at NOW: Pensions and report author: “It was very clear at the start of the pandemic that the underpensioned groups that we identified in our 2020 report would be the most financially affected by the economic downturn. They are more likely to work in sectors that have been severely impacted by closures, furlough and redundancies. In this report, we look at both the short-term and long-term effects of the pandemic. We need to ensure that everyone has the same opportunity to save for later life and so we are calling on the government to make the policy changes that were recommended by the 2017 Automatic Enrolment review as soon as possible so that we can enable these groups affected by the pandemic to recover at a faster rate. We hope that this report will help raise the profile of these savings gaps and motivate the industry and policy makers to close these pension savings gaps and create a fairer pension system.”

The report will be published on Wednesday 8 December and is available at www.fairpensionsforall.com